A respiratory illness in Wuhan, China, has raised concerns that it might spark another worldwide pandemic like the Severe Acute Respiratory Syndrome (SARS) crisis in 2003.

SARS killed 33 people in Singapore in 2003. The crisis, which lasted from March to July 2003, forced upon Singaporeans behavioral changes like temperature taking in schools and work places, decentralised work arrangements and saw shopping centres emptied out as people stayed home and tourists stayed away.

Senang Diri recalls three homegrown defence innovations that made an impact in Singapore during the SARS crisis. 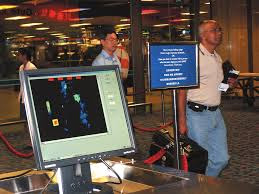 Innovation 1: Infrared Fever Scanning System (IFss)
Asked for a sensor that money couldn't buy, defence engineers from the Sensor Systems Division, Defence Science  & Technology Agency (DSTA) and Singapore Technologies Electronics (ST Elec) created a fever scanner from scratch. One week after the request by Singapore's Ministry of Health, the DSTA and ST Elec team had their prototype fever scanner ready. It was the world's first infrared-based system for screening large groups of people.

DSTA engineers designed this unique sensor, which was developed and made in Singapore, using radar principles.

A DSTA paper on the IFss said: "Screening a large group of people for fever is similar to the radar detection problem. In the case of the radar, it has to scan a large surveillance space for very few targets. The radar must be able to distinguish RF echoes of real targets from clutter noise. One way is to narrow down probable targets in two steps. Like the Radar Double Threshold Detection Scheme, the IFss uses a two-tier detection concept to screen a large group of people for fever. The first decision point is the detection of individuals with high skin temperatures and the second decision point is the confirmation that the subject has an elevated body temperature using conventional clinical thermometers."

Pressed for time as the SARS crisis was a national emergency, the sensor lacked a sexy name and was simply called the Infrared Fever Scanning System (IFss).

Speaking of sex... when I received a tipoff about a feel good story for National Day 2003, I thought it was a hoax. A normally reliable source who telephoned yours truly claimed that defence engineers at Singapore Technologies Electronics were using condoms to test and calibrate microchips for use in temperature sensors. Apparently, plastic coverings were not as effective as thin, skin-like latex condoms that were better at allowing heat transfer to fever monitoring microchips during the testing process.

After extensive lab trials, ST Elec engineers chose a particular brand of condom from among dozens for their thermal and tactile properties. The sheaths also had to be non-lubricated. This was all true (see story above) and the defence engineers reduced testing time of the fever monitoring "Glowcard" chips by months. I hope they earned official recognition from MINDEF/SAF for all that hard work testing condom after condom in the name of national defence. Any volunteers for intensive condom testing in 2020 if needed?

Innovation 3: Contact tracing centre
The Singapore Ministry of Health (MOH), Singapore Armed Forces (SAF) and DSTA worked jointly to set up and run a contact tracing centre from scratch with no mission rehearsal. MOH could handle the task of tracking down people who might have been in close contact with suspected SARS cases when the numbers involved were in the hundreds. This process is called contact tracing. But when the problem involved more than 2,000 people who were at a SARS hot spot, the Pasir Panjang Wholesale Market, the ministry needed more firepower.

Former Chief of Defence Force, Lieutenant General (NS) Neo Kian Hong, who was then a colonel who was Commander 9 Singapore Division, helped set up the contact tracing centre using division scouts. DSTA built the computer systems and rapidly set up process for what evolved into the National Contact Tracing Centre.

Writing in an MOH journal on SARs, Professor Chee Yam Cheng, recalled the Singapore Army's contributions: "They worked in shifts from 7 am to 11 pm, and their sole objective was to trace within 24 hours (and this is vitally important) of receiving the name of a SARS patient, everyone who had been in close contact with him. This meant every name (and address – in order to serve the Home Quarantine Order) of every person that the SARS patient (be he highly suspect or probable) could remember having met from the time he took ill (and maybe even while he was incubating the illness the previous 10 days, unless we can be very sure when the infectious period started in each case).

"The army came to the rescue when MOH realised its battle against time to trace the 2,000 people affected by the Pasir Panjang Wholesale Centre closure could not be won without reinforcements. For once SARS spreads through the community, we risk losing control of it, and will not be able to isolate and contain it."
David Boey at 6:44 PM
Share