Same but different: SARS 2003 versus Singapore's preparations against coronavirus 2020 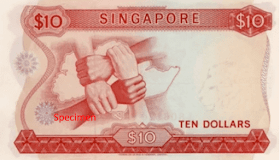 This week's news of the flu-like illness caused by the coronavirus has rekindled memories of the 2003 Severe Acute Respiratory Syndrome (SARS) epidemic, which was also caused by a pathogen from the coronavirus family.

Many things have changed in Singapore since 2003 that make this island better prepared if we have to endure another SARS-like fight. Here are five key changes:

1. Social media
Instagram, TikTok, Facebook, Twitter, YouTube, WhatsApp and more. These social media platforms didn't exist in March 2003 when Singapore reported its first SARS case. In an emergency, such platforms can be used to spread information in an instant across the community in near realtime. Remember how call tree reporting was done in 2003 and how you would do it today? An app like WhatsApp can hook up an entire office or school or community, allowing people to stay in touch in ways never imagined during our first fight against SARS.

2. Information access
We had handphones in 2003. But back in the day, state-of-the-art meant being able to SMS on your Nokia without looking at the key pad. Today's touch screen mobile devices are not only smarter and more capable. Hooked to the internet, your smart phone gives you access to a lot of information should you need it.

Knowing what we're up against is an important first step in conquering one's fear of the unknown. But social media plus smart devices is a double-edged sword. One should expect false alarms with fake news spread either unwittingly or maliciously, which brings to mind why Digital Defence was added as the sixth pillar of Total Defence.

3. Seasoned population
People over the age of 20 are likely to remember their personal experience during the SARS crisis 17 years ago. Whether it is something simple like temperature checks in primary school, it doesn't matter. What is valuable is Singapore's collective experience having been through a pandemic and learning hard lessons from the episode, which killed 33 people in 2003. While it was hard to Keep Calm and Carry On when we first met SARS, Singaporeans should be more assured now that we have had the collective experience and SOPs for dealing with epidemics.

4. Tested SOPs
The SARS-like scenarios tested during business continuity exercises may sound like preparations to fight the last war. They are indeed scripted for the possible re-emergence of SARS-like situations. Precisely such a scenario looms near. Compared to 2003 when we were caught off guard, Singapore is better prepared thanks to years spent testing, refining and investing in drawer plans for nation-wide medical emergencies.

5. WOG
As a system, the whole of government resources (WOG) are more tightly integrated and well-oiled compared to 2003. Remember that we didn't even have the Cabinet post of Coordinating Minister, which was relatively new in 2003. It started (after the SARS crisis) with the Coordinating Minister for National Security post in August 2003 to spearhead counter terrorism efforts and has since matured and evolved.

The WOG machinery has been set in motion, so let's see how this coronavirus episode plays out.