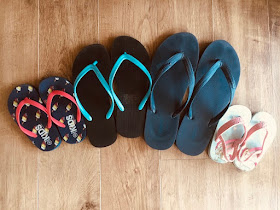 Many men and women in the Singapore Armed Forces (SAF) and NSmen have heard of me but have never met me in person. You may be one of them.

Over in Malaysia, many warga Angkatan Tentera Malaysia (ATM, Malaysian Armed Forces) do not know my name or face as I'm no celebrity. But curiously enough, my blog seems to be a useful calling card as many ATM officers have read it. On more than a few occasions up north, I'd mention Senang Diri to an ATM officer and see the Malaysian's face light up with recognition, glad to match a face to a name. Interestingly enough, some ATM officers continue calling me Senang Diri even after being properly introduced, which I find quite charming but in a good way.

My wife told me recently that a former BG finds me "okay" and that his personal impressions of my recent newspaper op-eds do not match the Gombak canteen gossip. Am unsure if I should feel flattered or concerned.

Truth be told, in situations where there is no right of reply or chance to clarify or provide context, the enigma that is me can take many forms. Sentiments run the full spectrum of human emotions. Over the years, yours truly has been shouted at, admonished, obstructed, tailed (as in followed) and investigated while at the same time praised, treated, congratulated, befriended and engaged (in a positive way). It is indeed an enigmatic love-hate relationship.

Admittedly, many negative episodes took place during my younger, gung-ho days. But impressions linger in the ever thickening P-file and gossip circuit. It does not help that security awareness talks in years long past mentioned yours truly's notorious exploits (if staking out air base flight paths counts as notorious. But plane spotters were rare in the early 1990s) and the junior officers who attended those talks have risen up the chain of command.

Over decades, one learns to live with it because people who genuinely want to know you better for a balanced world view will make that effort.

On several occasions at business meetings that have nothing to do with defence, small talk with complete strangers has led to surprising outcomes. They start with the usual Singaporean business protocol. Hand shake, exchange of name cards then light conversation on safe topics.

A number of you caught me by surprise when midway in the conversation, with completely no relevance to whatever was being discussed, you'd bring up the blog.

This has happened at a number of Singapore Armed Forces events too. The host of whatever weapon platform or exhibit would deliver his/her briefing completely poker faced. Then when nobody is looking, the officer would come over and whisper almost conspiratorially, "I read your blog", which is always sweet to hear because the effort writing stuff meant something to somebody.

A number of ministers and MPs drop by occasionally too.

It's always nice to meet readers firsthand. It's great to hear your feedback and listen to your opinions. It beats staring at dashboard analytics wondering who is behind all the numbers. So thank you all.

This blog, now past its tenth year, also serves as a platform for me to engage you directly, typing my thoughts on my side of the screen and having you read and scroll on your side.

And I guess the engagements with curious SAF and ATM personnel who make the effort to unveil the enigma have worked well, despite occasional atmospherics.

Among the successful engagements is my wife. Like some of you, she heard of me before she met me. Not all the stuff was flattering though I must say it speeded up the get-to-know-you process when we dated and both had our IFF interrogators on and ESM antennae finely tuned.

Am happy that despite the 15-year age gap, it has worked out. So as much as I have an aversion to military security minders, I have them to thank for life's surprising turn. [Confession: A small, teeny weeny paranoid part of my brain did ask if she was a MINDEF/SAF plant as it was too good to be true. Anyway she now has the free run of my library, files etc.]

The Wife says I never write about her, which should be the case because I firewall family privacy closely. But am making an exception today because today marks our fifth wedding anniversary.

So happy anniversary sweety if you're reading this  =)
David Boey at 6:30 PM
Share