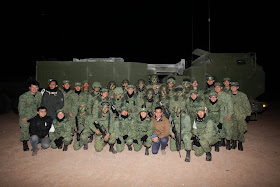 When is the next time you can safely pose for a group photo like this?

Had a great time in Arizona in December 2013 at Exercise Forging Saber (XFS) with Bravo Battery, 23rd Battalion, Singapore Artillery (23 SA). Gunners from the battery showed how they loaded and fired a High Mobility Artillery Rocket System (HIMARS) during the air-land combined live-fire exercise, which was held at the Barry M. Goldwater Air Force Range.

You can't tell from the picture but it was near freezing when B Bty 23 SA posed for that picture after the night firing segment of XFS. 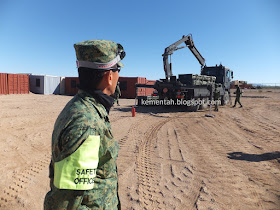 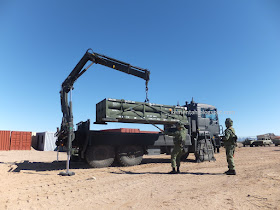 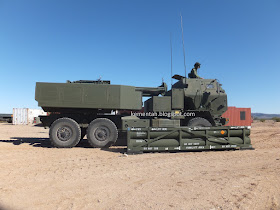 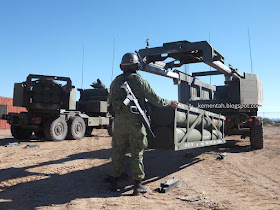 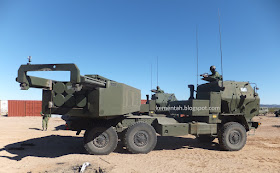 HIMARS has its own crane to winch and load a rocket pod. The Singapore Artillery uses the Guided MLRS rocket (GMLRS, pronounced as "gimleers"). GMLRS has a 200-pound warhead and earned the nickname "70km sniper" when used in combat fire missions by foreign armies. 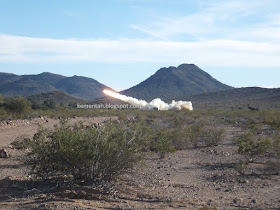 HIMARS rockets fired during XFS were blunt-nose training rounds with reduced lethal effects compared to warshot. The fire missions validated the Singapore Armed Forces' sensor-to-shooter processes against a variety of fixed and moving targets.
David Boey at 12:01 AM
Share