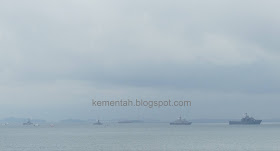 The National Day Parade 2020 Sail Past held its fourth and final rehearsal this morning off Marina South amid bouts of heavy rain that came and went sporadically.

It was a pleasure seeing familiar silhouettes of Republic of Singapore Navy (RSN) surface combatants appear in between numerous anchored merchant ships as they led the Sail Past columns westward towards the Eastern Anchorage. The columns - one of nine larger ships and a smaller "speedster column" of four small fast craft - then made two starboard turns to point their bows east.

Here's the 1300H to 1330H rehearsal as it unfolded. This was the only one I could catch during the lunch break. 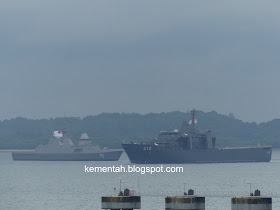 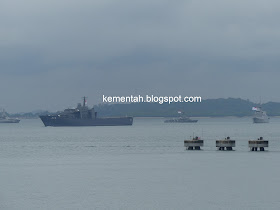 Endeavour looked dapper with her crew on deck. Looks abit naked with all those empty davits and no helo on deck. Here's what her sistership, Resolution, looks like crammed to the gills with FCEP landing craft. 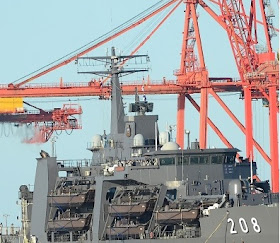 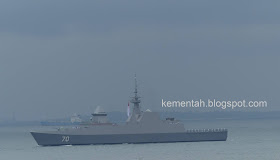 Steadfast with crew on deck in their Number 1 ceremonial whites.

Valour's crew presented a smart turnout with a large number of them lining her rails. Probably the best looking dressed ship in the column. Compare and contrast the rather sparse headcount aboard Fearless (probably a result of high levels of automation). 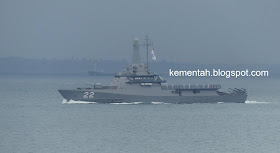 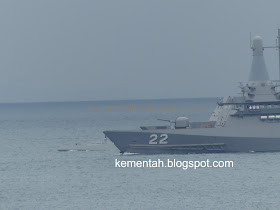 Along the way, Fearless was joined by a little friend. Barely visible from shore. No photoshop. She blended so nicely with the waves. Can you spot her?
David Boey at 7:42 PM
Share