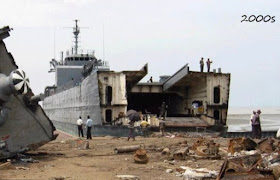 Adieu Intrepid: The decommissioned Republic of Singapore Navy tank landing ship, RSS Intrepid, seen at the breaker's yard. Till the very end, the LST was kept shipshape as is evident from the condition of her internal compartments and bulkheads.

We've made it to the last day of the Circuit Breaker (CB) period in Singapore! The past few months of the CB was aimed at keeping people in the city-state at home in order to break the chain of transmissions of Covid-19 in the community.

We hope the series of Circuit Breaker pictures and stories have kept you entertained during this period.

Our last instalment gives you a look at what happens to retired Singapore Armed Forces (SAF) platforms. Admittedly, not pretty. But just as new acquisitions excite us, the retirement and decommissioning of old platforms represents the last phase and a fact of life for Singapore's Life Cycle Management approach to defence acquisitions.

Unlike some defence forces, the SAF does not have a tradition of keeping decommissioned platforms in running condition. Perhaps as our armed forces evolves, it may be worth rethinking this policy. There are sufficient numbers of skilled and interested private citizens in Singapore who can contribute the time and expertise to keep old war machines in running condition, just as enthusiasts have been able to keep warbirds and old war machines going decades after they were retired. 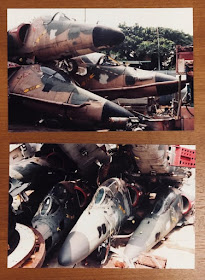 Resting place: After long and distinguished service as the Republic of Singapore Air Force's (RSAF) most numerous warplane in the 1970s through till the 1990s, retired RSAF A-4 Skyhawk carcasses are stacked like logs at a scrapyard in Jurong in 1999. The RSAF has about a dozen A-4 airframes in museum-quality condition at Tengah and Paya Lebar. 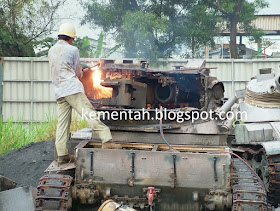 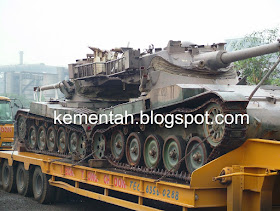 Circle of life: Singapore Army AMX-13 SM1 light tanks are cut up for scrap in Singapore following their retirement in the 2000s. Steel from these tanks was recycled as rebar and sheet metal plates.
David Boey at 12:01 AM
Share