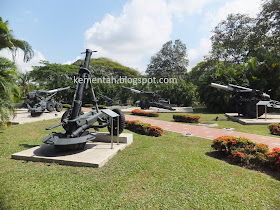 Many Singapore Armed Forces (SAF) units maintain their own heritage gallery, which is a sort of private museum that aims to preserve, inform and educate people on the unit's legacy and achievements.

The Singapore Artillery displays its old mortars and guns in a "gun park" at Khatib Camp, Home of the Artillery. Mortars bigger than 120mm are found there along with tube artillery that used to serve Singapore Artillery battalions. I guess we'll eventually find the FH-88 and FH-2000 there too. Scroll down for your virtual tour of this unique outdoor display.

Someday, when the COVID-19 Circuit Breaker is over and we can visit one another again, I would love to visit the Singapore Combat Engineers heritage gallery if given the chance to see the old bridges and ferries. 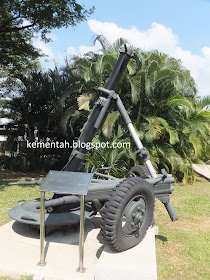 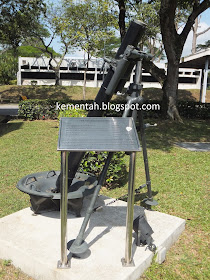 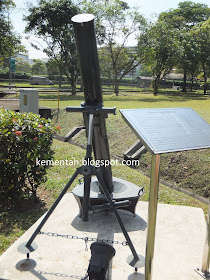 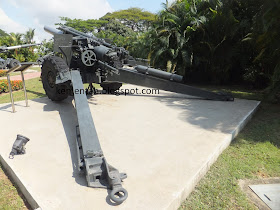 Rock Island Arsenal M-114 155mm Gun Howitzer
Country of origin: United States
Crew: 12 gunners
Max range: 14,600m
Rate of fire: 4 rounds per minute
Note: The M-114s were bought at scrap metal value and refurbished in Singapore to return them to operational service. The guns served the SAF's first artillery battalions. It was a stop-gap weapon that met the requirement for a 155mm gun while delays in the delivery of the Soltam M-68 were being addressed. 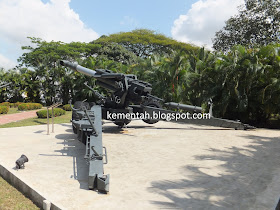 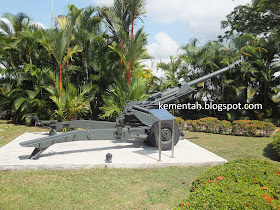 * Base Bleed shells have a gas generator at the base of the projectile. This device vents (or bleeds) combustion gases from burning powder through ports in the projectile base plate (hence its name). The gases fill the vacuum behind the shell to reduce or eliminate drag and turbulence, thereby giving the shell a longer range.
David Boey at 12:01 AM
Share